The quarry is located near Salerno and is the oldest in the area with extraction dating back to the beginning of the 20th century. Il gruppo Unirainone, proiettato verso il futuro, ha voluto dare all'attività delle “Cave Salernitane” un impronta di assoluta modernità.

The Unirainone group, adhering to its policy for innovation, completely renewed the “Cave Salernitane".

After the acquisition of the company it completely modernized, with substantial financial commitment, all equipment and systems, and is today among the most advanced on the market. This decision was taken to transform the "Cave Salernitane" into a highly advanced complex.

Future plans for the quarry, when extraction ceases, will be to create a futuristic project of the Architect Dominique Perrault on the site of 100,000 square meters. 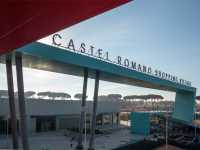 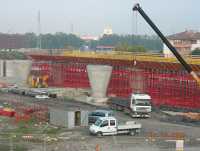